Oil Priced in Gold Breaking Down 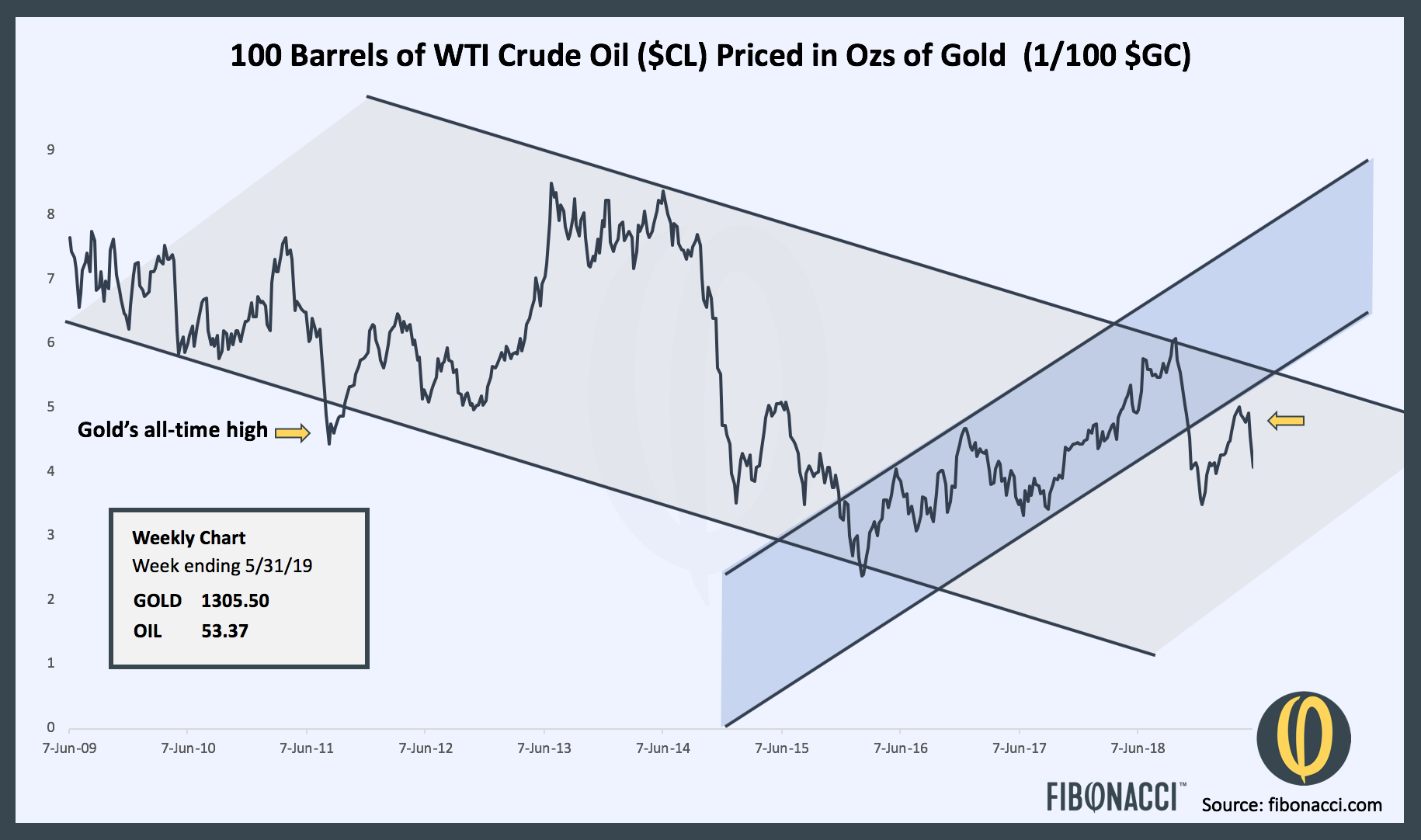 During this past week ending May 31st, 2019, oil sold off sharply, closing the week down almost $6 to $53.37, while gold rallied to close the week at $1305.50. I like to monitor the price of oil in gold terms, and to do that I use 100 barrels of oil as the numerator and the price of one ounce of gold as the denominator.

This ratio has been in a downtrend channel for a decade, with a countertrend move beginning in 2016 and failing recently during the oil sell-off last fall, which led to the breakdown of the blue channel. Oil has since tried to retest that support line through the first part of this year, but failed the retest last week. This failure is bearish, meaning that it indicates a lower ratio going forward, which should be strong for gold and weak for oil.

Given the extreme recent demand in the precious metals [...]

Gold and Silver Fetch a Bid on Market Sell-off
Gold, Silver Breaking Out